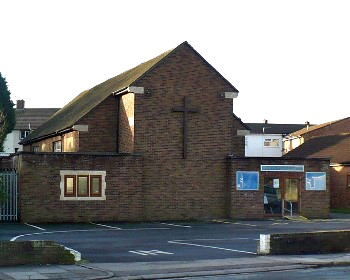 Is the URC in Wales different from the URC?

That was the question put to URC South Wales Regional Synod. And the answer turned out to be a: ‘Well, … Yes!’ And a constitutional amendment to URC structures is being proposed to make that clear.

The question has exercised a special URC Task Group set up to discuss how Wales and Scotland, the two National Synods in the URC, could speak in their respective countries ‘on behalf of the whole United Reformed Church’.

Representing Wales Synod on the task group are the Rev Gethin Rhys and Synod Clerk the Rev Shelagh Pollard. It was Gethin who put the matter to Synod and led the discussion.

At Mission Council, Scotland Synod had ‘asked’ if they could go ahead and Mission Council had, in return, ‘asked’ them to wait. The task group was set up to widen the debate from the initial cause of same-sex marriages to how the National Synods might respond in general to the different devolved legislatures.

It was a question of how we operated as one church in three nations with increasingly different legal systems, said Gethin. There was already agreement that the National Synods could do things differently: that they could speak and act ‘in the name of the URC’ in the ecumenical and public affairs of their nations.

But there was also room for doubt, something that could lead to confusion or dispute. What was suggested now was an amendment to the URC constitution that would clarify the matter.

‘As the nations are governed more separately, issues might be different,’ said Gethin. ‘That’s what lies behind this report and the constitutional amendment. Most of the time it’s not a problem. If we want to express a view on the Welsh language, something that concerns only Wales Synod, no problem.’

Turning to discussions across wider fields, he asked: ‘Do we all have to speak with one voice or can we in Wales speak separately but still as the URC? That is what we have been deliberating for the past 18 months. We are one church but we are able to speak, when occasion demands, separately.’

A key function of the Synod was to speak, act or lobby on public affairs in the name of General Assembly. The amendment was worded to allow Wales Synod to do just that without prejudice to General Assembly’s right to say something different. It said explicitly what was already understood but not written into the constitution.

Explaining the process, Gethin said the task group was asking us if we wanted to see this change made to the constitution. The Nationals Synods were being consulted first, then the matter would go back to Mission Council. It would then be referred back to all Synods before going on, eventually, to General Assembly. ‘It is a long deliberative process to keep all the balances,’ said Gethin.

The motion to accept the amendment was resolved by using a consensus procedure, that is the showing of orange (warm to the move) or blue (cool to the move) cards. Moderator the Rev Simon Walkling said there was ‘overwhelming support’ for the change although some dissent was shown.

Discussion will now be held in the other three Regional Synods in Wales before Gethin and Shelagh take the views expressed in Wales Synod back to Mission Council in May. As Gethin concluded: ‘The conversation continues.’

Another key conversation at SW Regional Synod was the same-sex marriage question, itself. In a wide-ranging survey across the URC, churches are being asked by the URC General Secretary to indicate what members believe about the marriage of same sex couples and if local churches that feel called to conduct same-sex services should have the permission of General Assembly to do so.

The Moderator said the aim of the day’s discussion was to talk about how congregations are responding to the request of the General Secretary, not to reach a definitive conclusion on which all were agreed. The question put was the key question set to frame the URC-wide discussion: Should local URC congregations who want to offer and host same-sex marriage services be allowed by the Church to do so?

A difficult point raised was the place of URC churches in ecumenical partnerships. Ecumenical partners were not in favour of the move and the Government said all users of the premises had to agree to the use of the building for same-sex marriage. The Moderator said that was not a question for now. The immediate conversation concerned only the URC.

Most contributions were in support of the move to allow individual churches to conduct same-sex marriages. The move was agreed by consensus, when the Moderator said no blue (cool) cards were shown.

Three churches gave lively accounts of outreach. Castle Street, Trehafod, told of its Tuesday café, suitably called Chewsday, in partnership with the University of South Wales chaplaincy, that brought young and old together.

Beulah URC, Rhiwbina, told of its new community eco-venture that could include solar panels and community allotments – and possibly see stray vegetables growing in unexpected places! St David’s, Pontypridd, gave a tempting account of its film and chat evenings – with an invitation to others to join them.

South Wales Regional Synod was held at Elfed Avenue United Church (URC/PCW) in Penarth, where there was a happy welcome under the leadership of minister the Rev Sue Fender. Inspiring yet informal worship was led by the Moderator, with Sue’s husband Alex Fender at the piano. The bookshop was manned by Patrick Hickey and Mark Lewis of City URC, Cardiff.