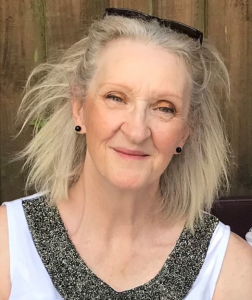 We are pleased to announce that Helen Stenson has been seconded to be our Synod Clerk. She brings a wealth of experience of church life as well as insights gained from over 23 years working in different roles for Wales Synod.

Helen is a member at City URC in Cardiff and started as an Administrative Assistant in 1997, having worked in admin for BT previously. She became John Humphreys’ Personal Assistant a year before he moved to Scotland and has been PA to Peter Noble and Simon Walkling. This role has given her contact with the ministers in the Synod and she has communicated with people in most of the churches for one reason or another. She has brought an eye for administrative detail to her work along with a way of caring pastorally. She also became Office Manager in 2008 and has supported and motivated staff based in the Synod Office.

Helen has also developed work with lay preachers and has been part of the team delivering the ‘Good Grief’ training to help people look at funerals and bereavement care. She developed her own ministry of leading funerals alongside this. She has also been our candidating secretary for those considering becoming a URC minister over recent years.

Many people will know about Helen’s knitting and crocheting from when we made blankets for Madagascar and hats for seafarers and her crafting also found an outlet in connecting with refugees through ‘Space for You’. She is also an enthusiastic cook, having trained in catering in an earlier career.

We look forward to Helen taking on a different role in the Synod team.