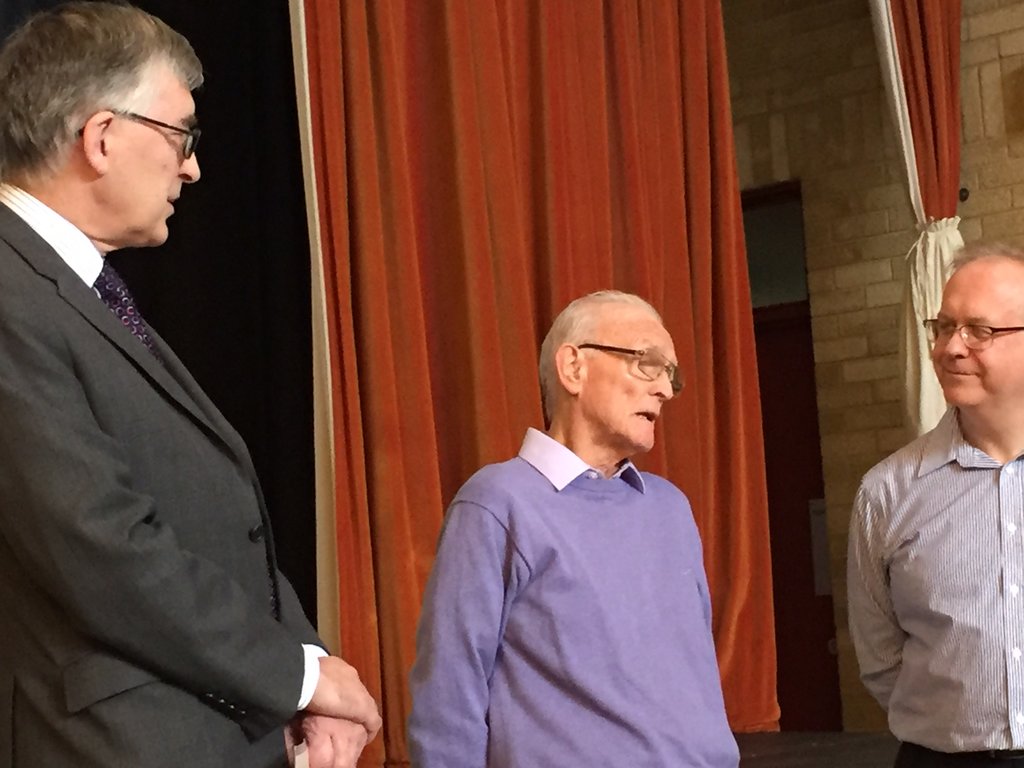 At the meeting of the Wales Synod held on Saturday 27th February, the Revd Ivor Rees was presented with a certificate marking 60 years of Ordination.

In receiving his certificate Ivor reflected upon how things have changed in 60 years.

On my way to the Synod meeting I thought about the beginnings of my ministry in the mid-1950s.  I went as a bachelor to Port Talbot for eight pounds a week and a house.  There were no expenses, so the harder I worked, the poorer I was.  I felt guilty because my own minister, ordained twenty years earlier and with two children, received seven pounds and ten shillings, out of which he paid rent.

I said that I would like a phone; the church secretary asked why?  He could not understand any of my reasons until I decided to say that I lived alone.  The phone was installed – at my expense.  Within two or three years most church members had them.  Neither I nor most of my colleagues had a car.

Outside the Church, everything seemed optimistic and there was hope.  The war and rationing were over.  Didn’t the Prime Minister say that we had “never had it so good!”  But such days have gone!

What of the Church?  In those days large numbers of ministers were leaving.   A new RE teaching post at Barry Training College attracted 105 applications from ministers!  But the ecumenical vision was exciting and this minority had great hopes.

Now I see little hope in the world but some signs in the Church.  What does not change is the presence and challenge of God.

Ivor is pictured here with Simon Walkling (right), Moderator of the National Synod of Wales, and John Ellis (left) Moderator of General Assembly.