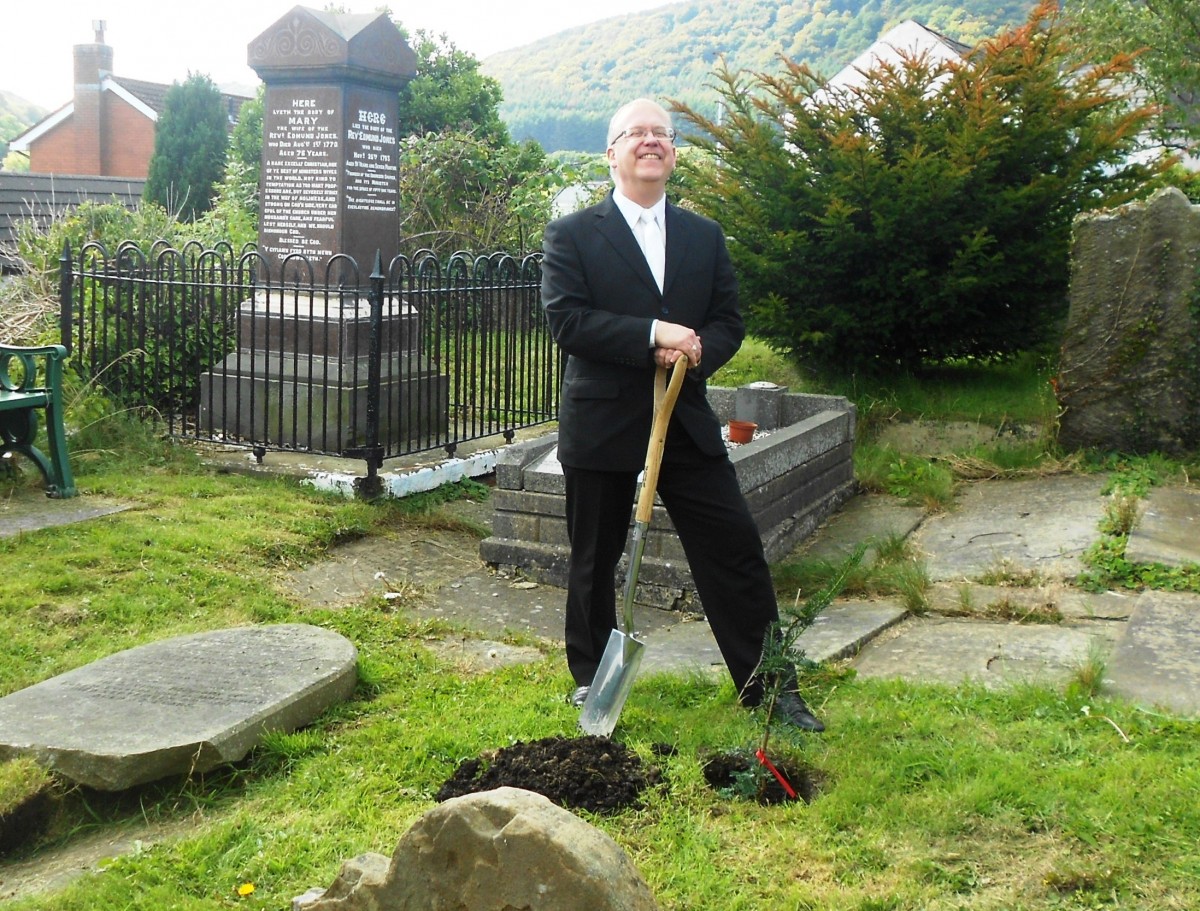 The Wales United Reformed Church Moderator Reverend Simon Walkling has planted a yew tree propagated from an ancient tree over a thousand years old as part of The Conservation Foundation’s “We Love Yew” campaign to protect Britain’s ancient yew heritage. This special yew was planted in the grounds of the ancient graveyard of Ebenezer Chapel Cwmffrwdoer to commemorate the 275th anniversary of the founding of the Chapel.

The young yew is one of 800 being planted across Britain to celebrate this year’s 800th anniversary of the signing of the Magna Carta, when it is thought the Ankerwycke yew provided shelter for King John during its sealing at Runnymede.

Great Britain has one of the world’s greatest collections of ancient yews, all far older than the Magna Carta and, often being among the oldest living thing in the landscape, can each tell their own story. it is hoped that Ebenezer Chapel’s young yew will live for just as long and one day will be able to tell its own story of the area’s history to future generations.

David Shreeve, director of The Conservation Foundation said, “We are delighted that Ebenezer Chapel are supporting Britain’s yew heritage by planting this special sapling, but we hope this new project will encourage people to learn about their local yew and its place in the history of where they live and ensure they continue to grow for hundreds – possibly thousands more years.”

Individuals and groups can plant their own yew and find out other ways to take part in the campaign at www.weloveyew.org